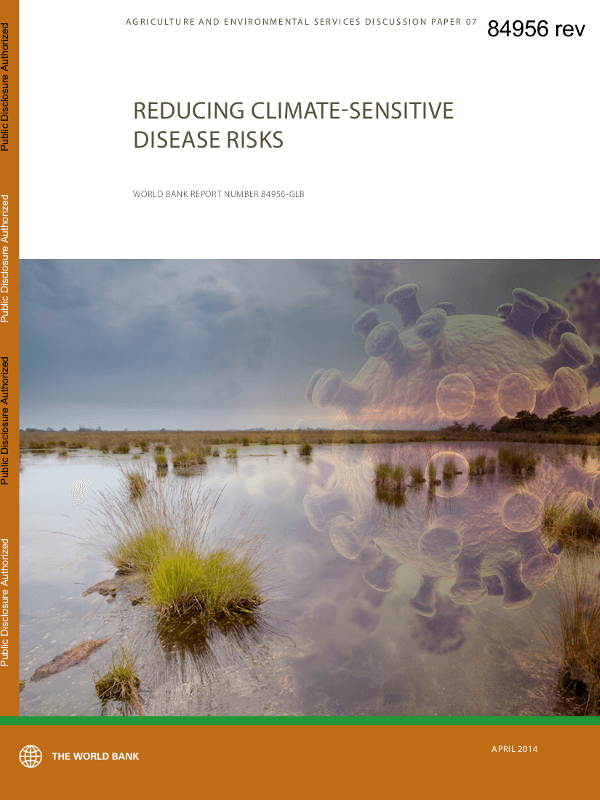 In the summer of 2012, a panel of experts, our executive director among them, participated in the Rockefeller conference in Bellagio, Italy. Its aim was to shed light on the impact of climate-sensitive (zoonotic) diseases on development. The experts discussed early action measures to reduce the risk of climate change-induced diseases such as East Coast Fever. Their effort is now rewarded, as the World Bank says it will be increasing its efforts on climate change and (animal) health.

About 1.3 billion people in the world are employed in the livestock sector. It plays a vital role in the economies of many countries in the global South. Livestock is also very important for the local population as it provides food and nutritional security. But the livestock sector still suffers from diseases such as East Coast Fever, which compromise livestock health in countries like Kenya, Tanzania or South Sudan.

The impact of climate change

In its report, the World Bank focuses on three diseases that can be aggravated by climate change because they have a direct economic impact and can serve as an example for other diseases. To Vétérinaires Sans Frontières Belgium, this is important too, as our field staff is frequently confronted with the devastating impact that climate change has on African livestock. Consequently, we are constantly looking for ways to mitigate it. In Kenya, for example, we work together with local communities to draw up plans to build their resilience to rising animal health hazards due to climate change. The villagers take all the preventive measures they can, such as vaccinating their herds and storing hay.

Vétérinaires Sans Frontières Belgium wants to optimize livestock keeping and is therefore pleased that in this report the World Bank has decided to focus on the impact of climate change on livestock diseases. The choice for livestock is logical, given its significant global presence, economic importance, and susceptibility to disease outbreak. The impacts of a zoonotic disease often affects the health, livelihood, and economic security of humans directly.

This report offers tools to reduce the risks of key climate-sensitive infectious diseases by strengthening risk management systems for disease outbreaks. The research also highlights the need for a better understanding of the evolving interactions between the environment and (re-) emerging pathogens and the inseparable interactions between animal health and human health.