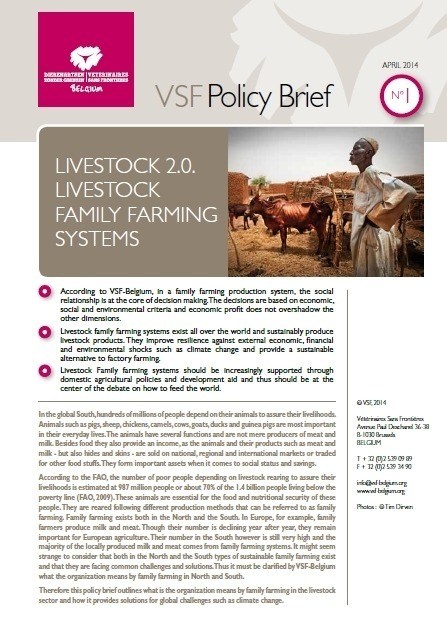 In the global South, hundreds of millions of people depend on their animals to assure their livelihoods. Animals such as pigs, sheep, chickens, camels, cows, goats, ducks and guinea pigs are most important in their everyday lives. The animals have several functions and are not mere producers of meat and milk. Besides food they also provide an income, as the animals and their products such as meat and milk – but also hides and skins – are sold on national, regional and international markets or traded for other food stuffs. They form important assets when it comes to social status and savings.

According to the FAO, the number of poor people depending on livestock rearing to assure their livelihoods is estimated at 987 million people or about 70% of the 1.4 billion people living below the poverty line (FAO, 2009). These animals are essential for the food and nutritional security of these people. They are reared following different production methods that can be referred to as family farming. Family farming exists both in the North and the South. In Europe, for example, family farmers produce milk and meat. Though their number is declining year after year, they remain important for European agriculture. Their number in the South however is still very high and the majority of the locally produced milk and meat comes from family farming systems.