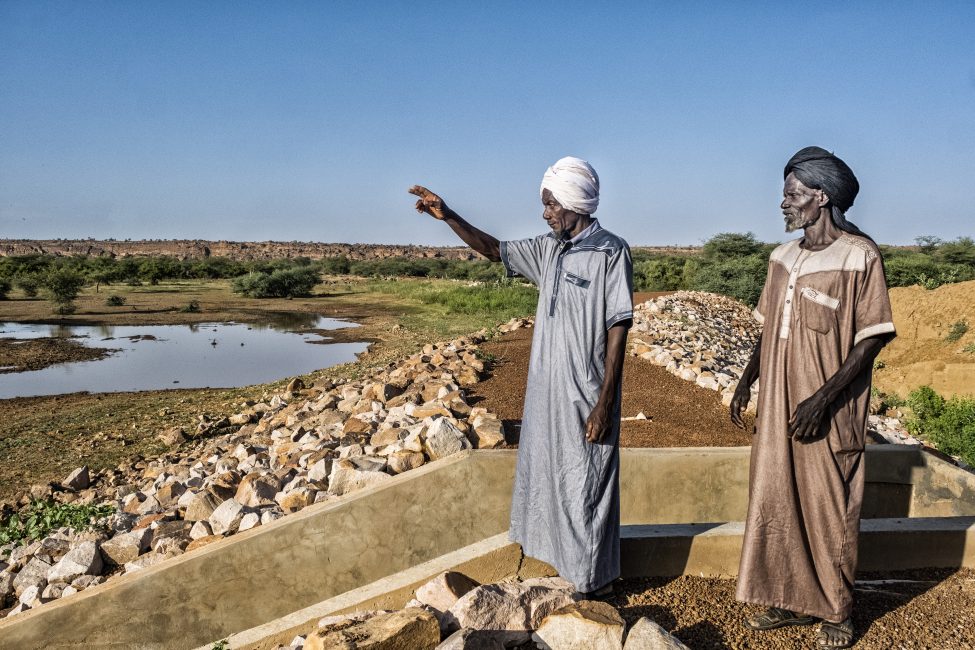 Action Against Hunger’s report on biomass production in the Sahel has just been released and the news isn’t good. For livestock keepers in south-east Mauritania, where we operate, the situation is already critical. This is a worrying situation, which Sidya Saleck Chita, our project manager in Kiffa, already confirmed in mid-October.

“All signs point to the risk of a food crisis from the end of 2021, which will continue into 2022.” Sidya’s conclusion is clear. Usually a cheerful man, his face falls when discussing the future of Mauritania’s agro-pastoralists. It must be said that the situation in Assaba and Hodh El Gharbi is concerning. The rainy season has just ended but the grasslands are already incredibly dry.

Imminent danger after a disappointing winter 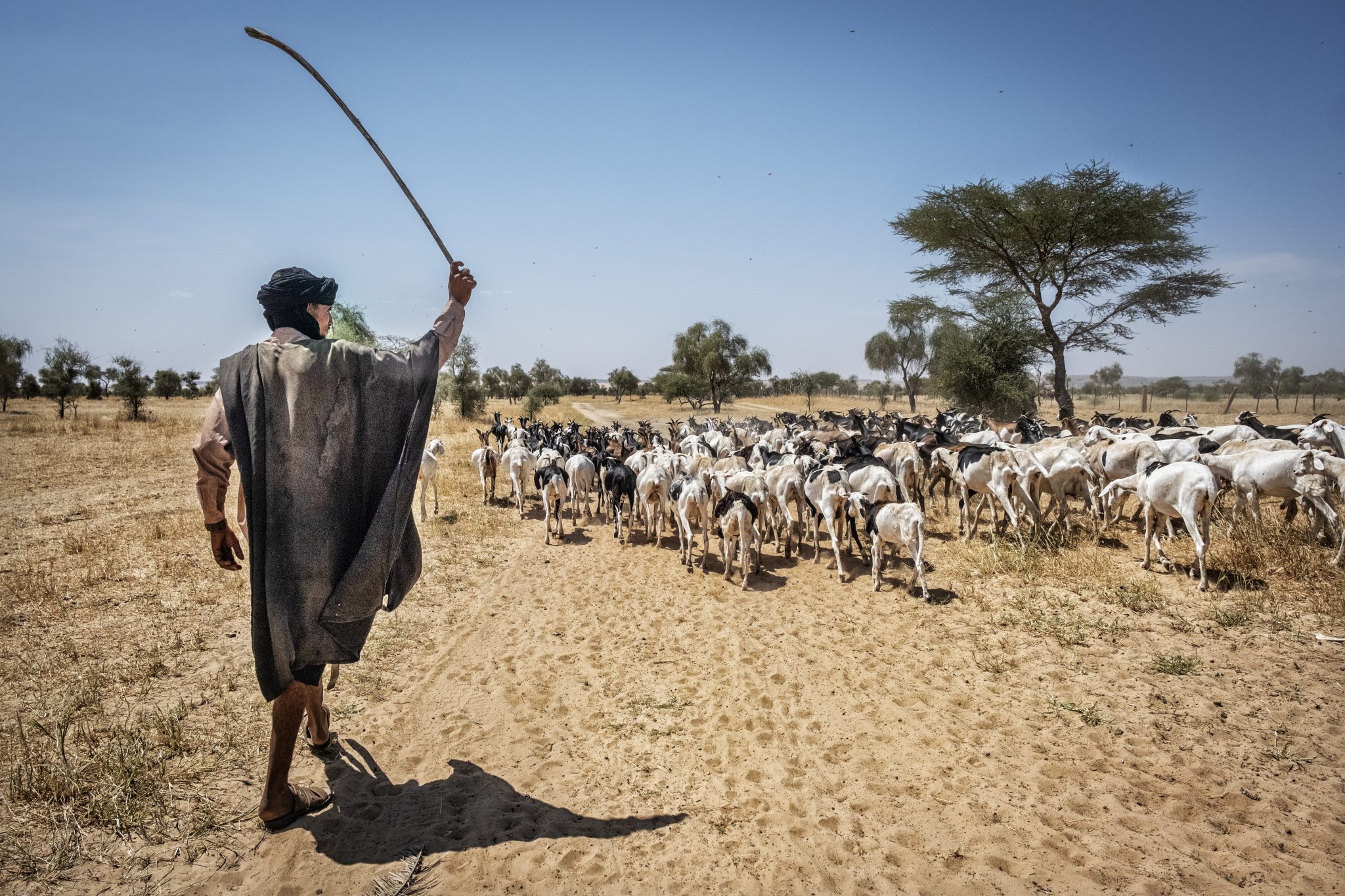 A shepherd leading a large flock of goats in Guerou. © Tim Dirven

This year, the winter was particularly disappointing: there was very little rain between July and September, preventing the grass from growing with its usual vigour. The result in mid-October? A thin layer of yellowish down covers the sandy soil. This is a far cry from the tall, green grass which would be expected at this time of year.

Mohammed Mahmoud is the head of a camp of ten transhumant families in Eltagahada Elwassa. He is also worried: “The harvests were very bad and our millet reserves from last year will soon run out. We’re going to have to sell goats and sheep to be able to feed everyone. In addition, the herd won’t increase in size because the small animals will only give birth once. We’ve already noticed that they are producing less milk.” Milk is an important source of protein for families. It is also one of the main sources of income for women when they are left alone with their children in the camp.

Having trained as an agronomist, Sidya has the experience to recognise the gravity of the situation. This 44-year-old father has already enjoyed an impressive career, focused on his country’s development. Employed by various international organisations, including the Red Cross and World Vision, he has witnessed many dramatic situations over the last twenty years. As he sounds the alarm, he knows exactly what he is talking about. “We are worried”, he continues. “The lean season is going to start much earlier than usual. By the end of November, we believe that the livestock will have nothing left to eat or drink here. Normally, this only ever happens from the beginning of March.”

The situation is clear: just like the pastoral areas, dams and water points have almost run dry. The particularly acute lack of water and grass has already prompted many livestock keepers to start their transhumance. There has been such an influx of livestock in areas which received the most rainfall that bodies of water in these areas will soon dry up. 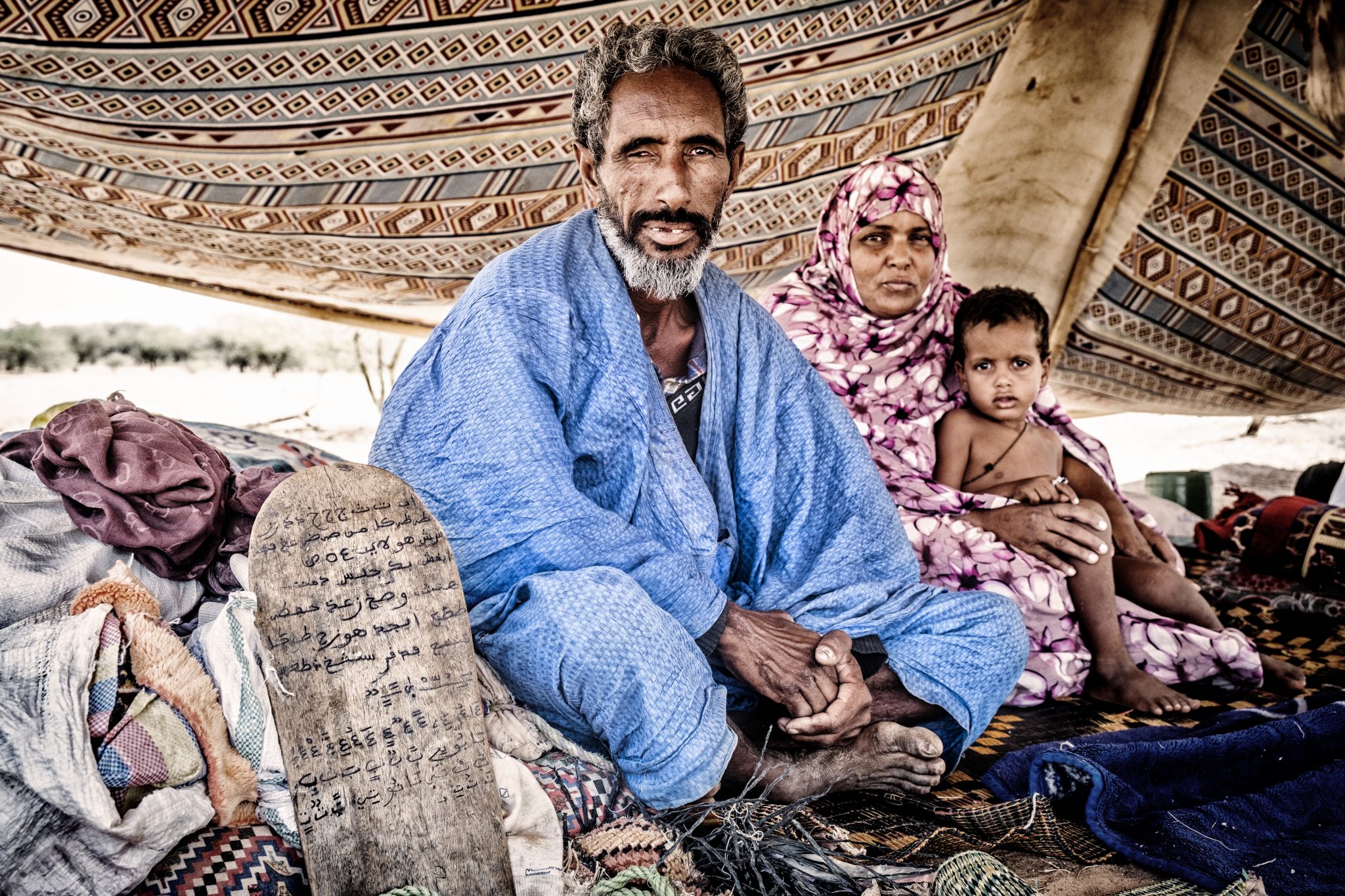 This is also the case for the Gonguel pool in Hodh El Gharbi. Dami Ould Beye and Mariem Mint Sidi Ahmed set up their family tent there a week ago. Every year, the couple returns here for winter. They won’t stay for long this time: “We’ll stay for as long as our animals have enough to drink. But given the number of animals which are crowding into the area, that won’t take very long”, Dami sighs. “When we were younger, food was an issue for families, but the animals always had enough grass to eat. Today, it’s the other way around”, he says in a resigned tone. “There’s lots of food available for us at the market, but the animals don’t have anything to eat.That’s our biggest challenge.”

Risk of overgrazing and conflicts 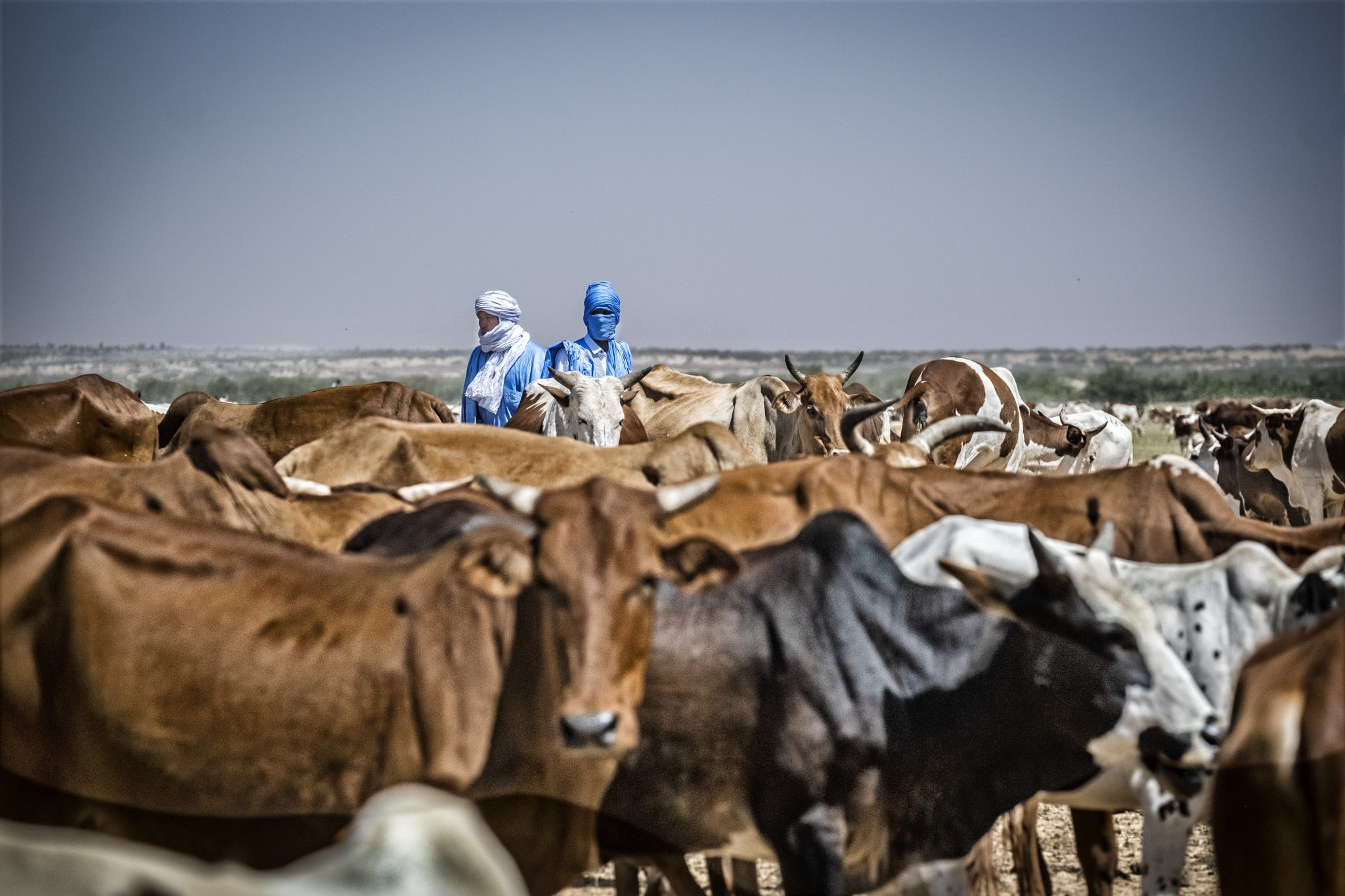 Cattle gathered around the water pond in Gonguel. © Tim Dirven

Sidya adds: “Normally, after the winter, livestock keepers can stay in the region for several months. This year, they’ll probably have to go to Burkina Faso to find food for their animals. At the moment, the herds are already heading towards Mali in search of food and water.” Assaba is several thousand kilometres from Burkina Faso. The journey is even more dangerous because it involves crossing the neighbouring country of Mali, which is notoriously unstable.

Although pastoralists are used to moving their herds continuously over long distances, such a massive journey is not commonplace. It will have consequences: “There’s a significant risk of overgrazing, which could lead to conflicts with Malian livestock keepers who won’t be able to feed their own animals. This will force all these people to go to Burkina Faso, where they will have the same problem. And, of course, crossing borders is likely to be complicated because of Covid. Permits will be needed to cross and the borders might even be closed again.”

Another example of the climate emergency

Since September 2020, Vétérinaires Sans Frontières Belgium has worked with agro-pastoralists in Assaba to restore pastoral areas. Five villages have already helped to install sills and stone barriers to slow down the erosion process. Some have also repaired dams to ensure that rainwater can be stored. This essential work and its environmental and social benefits have been welcomed by agro-pastoralists. These initiatives help them to protect their fields and grasslands while providing them with valuable income to cope with the lean season.

But without water, these developments cannot have the desired effect on rural communities. Another example of the widespread nature of the climate emergency in sub-Saharan Africa. In the wake of a disappointing COP 26 for countries in the Southern hemisphere, the future of agro-pastoralists has become even bleaker in south-east Mauritania.

Learn more about our activities in Mauritania here.