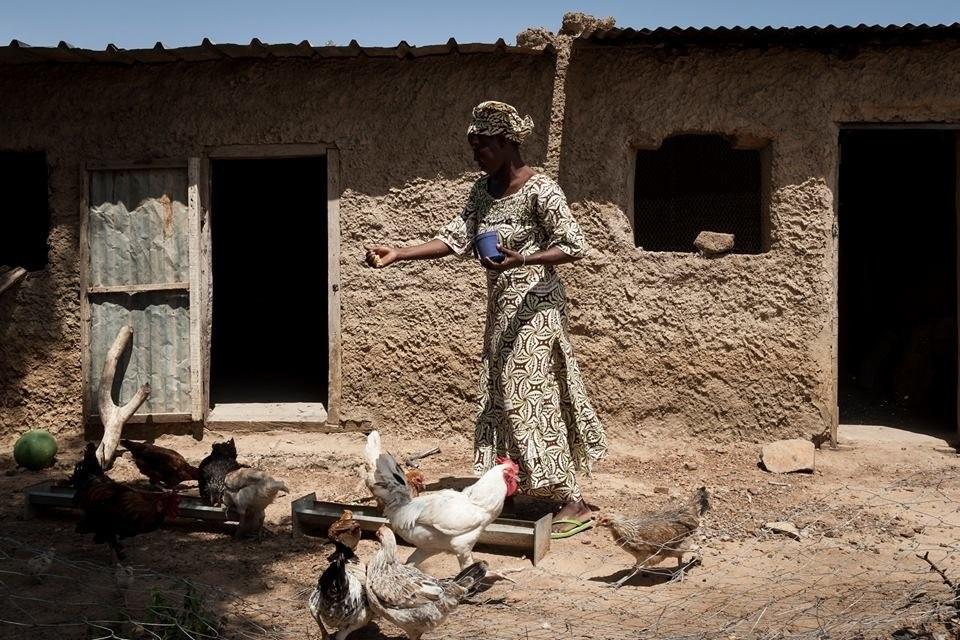 Douko Kané leads a women’s association in Yélékébougou, a village situated 35 kilometres from Bamako. “Our group existed already before Vétérinaires Sans Frontières Belgium decided to support us. To be honest, our association hadn’t a lot of influence, but with the help of the project we moved forward”, explains Kané.

Kané is one of the ten women of the village who received chickens. “Before the animals arrived, we got a training. We learned how to build better and more suitable chicken sheds and we discovered the best way to look after the animals. For example the few chickens we had in the past, were just eating from the ground. Due to the training I know that’s not healthy. They risk to eat the excrements of other animals and become ill or even die. That’s why we installed special feeder bins.” 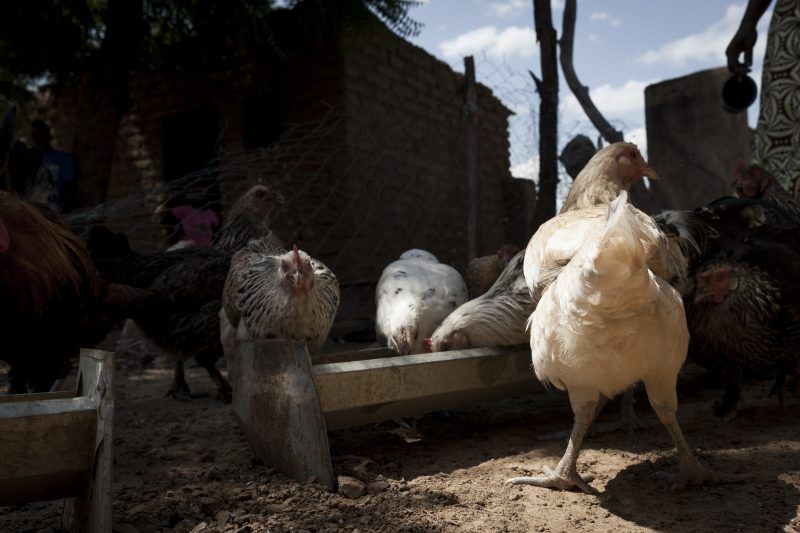 “But the best way to prevent illnesses, is vaccinating”, tells Kané in a confident way. “I have to admit, in the beginning I didn’t realise how important those little needles were. But since we started with vaccinating the animals on a regular base, deaths are rare.”

A crucial factor for Kané and the other villagers. Because in Mali, like in a lot of other African countries, chickens aren’t only consumed or used for their eggs. “In fact we see them as money. If someone gets sick or we need money for school fees, we take a chicken and sell it on the market. With that money we can immediately buy some medicines or schoolbooks for the children.”

Thanks to improved production and selling of poultry, woman can bridge the difficult periods between harvests and make up the shortfall in food. Moreover, with this increased income, they are able to pay off debts and provide their children two meals a day.

“The success of this project includes multiple factors”, explains our local partner ICD. “Traditional poultry farming is organised with little or no investment. The animals don’t need a lot of food, water or place to survive. Besides that, the men support this local poultry farming. In fact, they consider those little animals as inferior. So they don’t mind that the women are responsible for this part of the livestock.”

And the women? They can carry out their activities more independently and even dare to make their voices heard in their villages.