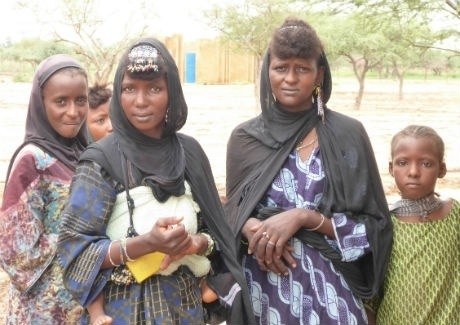 Since the outbreak of the war in Mali in 2012, about 32.000 Malian refugees are staying in Burkina Faso. Among them, a large group of farmers who fled with their herds. But due to the long distances and the lack of water and grassland during the dry season, the animals are becoming weak, with a decrease of milk as result. Nevertheless the traditional diet of the refugee populations composed mainly of milk and millet. Insufficient milk is furthermore having a profoundly negative impact on the nutritional status of young children.

The arrival of the refugees in Burkina Faso also putted – even more –  pressure on scarce water resources and grasslands, which lead to conflicts with the local residents. In collaboration with the UN’s refugee agency (UNHCR) Vétérinaires Sans Frontières Belgium lauched a project that tackles those different problems at the same time. One essential aspect, is keeping the livestock healthy. Because animals in good condition produce more milk and have a lower risk to die of starvation, illness or stress.

Born in a refugee camp

The refugee camp of Goudebo, 268 kilometres north of the capital Ouagadougou, shows that this approach works. ‘Of course, our situation is far from optimal,’ explains a representative of the refugees, ‘but we are improving. By the way, the climate conditions are extreme difficult in the Sahel. Surviving and living here is tough, for everyone: refugee or not.’

But the moment his speaks out this words, his son passes by, and his optimism changes slightly. ‘He is three years old, what means he was born in this camp. He has never known another situation… .’

And although Mali has signed a peace agreement in the meantime, the security situation stays very uncertain, what makes it impossible for the refugees to return. ‘Therefore it’s essential that we increase the self-reliance of those people so they can take control of their own lives in an independent way’, says Salifou Ibra, the leader of the project.

Nowadays the camp houses more or less 9.000 refugees, though it is difficult to point out an exact number, because there are always new arrivals and voluntary leavers. Their exile has forced four different ethnic groups to live together in peace: Arabs, Songhai, Tuareg and Fuela. Especially in the culture of the Tuareg en the Fuela people the transformation of milk is since ages a woman’s business. That’s also the case in Dori, 12 kilometres from the refugee camp. A dynamic atmosphere characterizes the dairy, where woman of all ages work togheter. 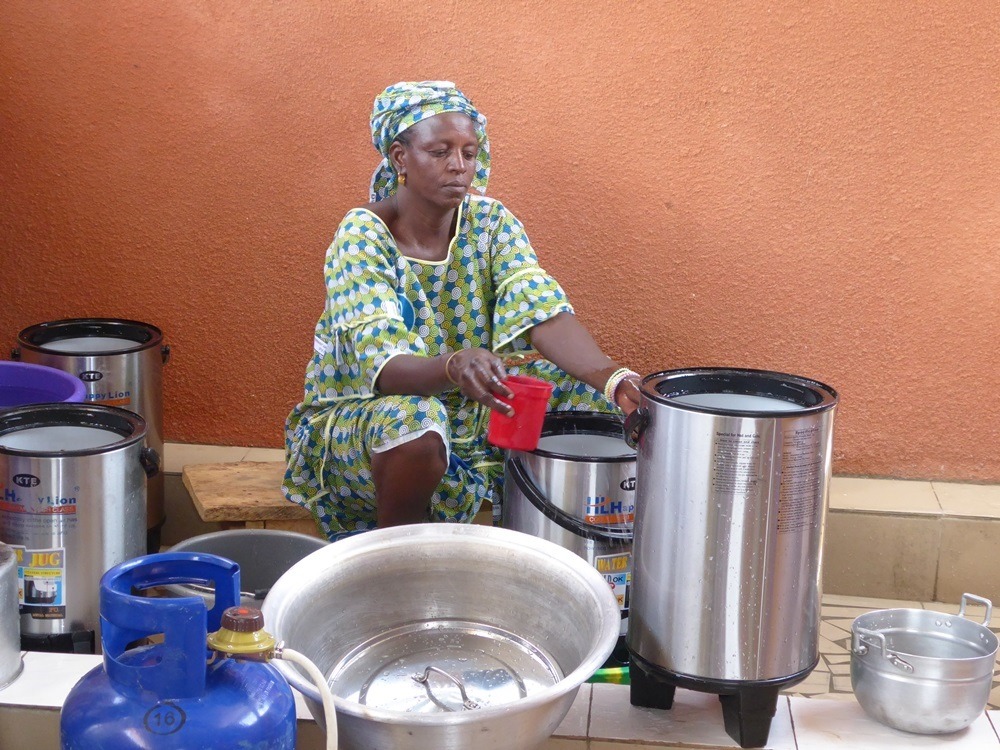 ‘Not all the milk we process is brought to a refugee site. I fact, the remaining quantity is used for the production of yogurt with the aim of reaching the local market’, explains one of the women. ‘But to be honest there are still some hurdles to overcome. Transport is our main problem, but also brand awareness remains an obstacle. ‘

The dairy relies on word-of-mouth advertising. ‘Our quality controls are quit strict, which of course helps our business. We offer an excellent quality , the most important reason for customers to return.’

When confronted with the question, “What’s your husbands opinion about your work here?”, the answers are divergent . Some find it ‘quite normal’, while others ‘don’t care’, and a last group ‘still needs time to get used to the it.’ Luckily there is on one aspect on which all woman agree: the cooperation with the refugees. ‘It’s a win-win situation, everyone profits.’