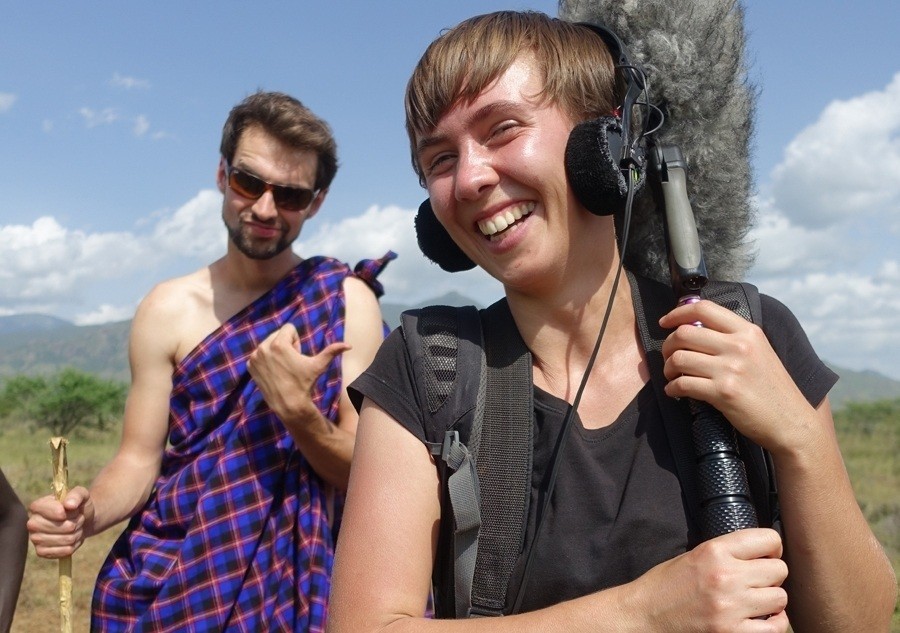 After a short prospection visit in March, the long awaited and anticipated moment was finally upon us: the arrival of the camera crew in Moroto. While Alfunsy drove off with the car to pick them up at the airport, I was still riding my motorcycle through Moroto making some final preparations: finding thermos flasks for the coffee, giving the keys of my house to a girl who would cook for us, making sure everything at the hotel was set, and so on. All of this was to make sure that this superb team would feel at home, and I would like to take this opportunity to thank all of them once more:

But what is “Beestig!” all about? It is an educative, entertaining television show for children between 8 and 12 about the importance of ordinary animals, in Africa as well as in Belgium. This is very close to the vision of Vétérinaires Sans Frontières Belgium, and thus it led to a great cooperation. 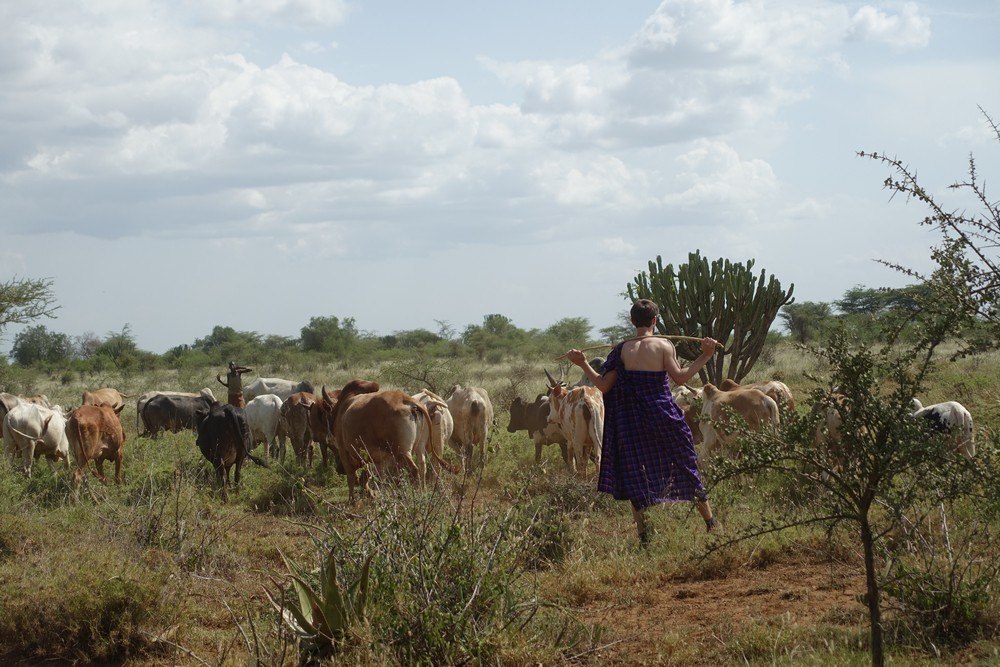 Here in Karamoja, animals are extremely important. The Karimojong pastoralists depend on their herd to survive, complemented by small-scale subsistence agriculture. They scour with their herds looking for grass and water, depending on the change of seasons. For these shepherds, milk is the most important source of nutrition, but the herd is also their hoard, serves as traction on some occasions and gives the cattlemen a certain social and cultural prestige. Their semi-nomadic way of life is quite different from the lifestyle of the farmers you can encounter elsewhere in Uganda and is extremely interesting. I still learn new things about the Karimojong, their culture and their way of life every single day. The crew of “Beestig!” had the opportunity to follow two families during 8 days and to participate in their day-to-day life. And I had to make sure things would go smoothly.

Learning is a two-way street 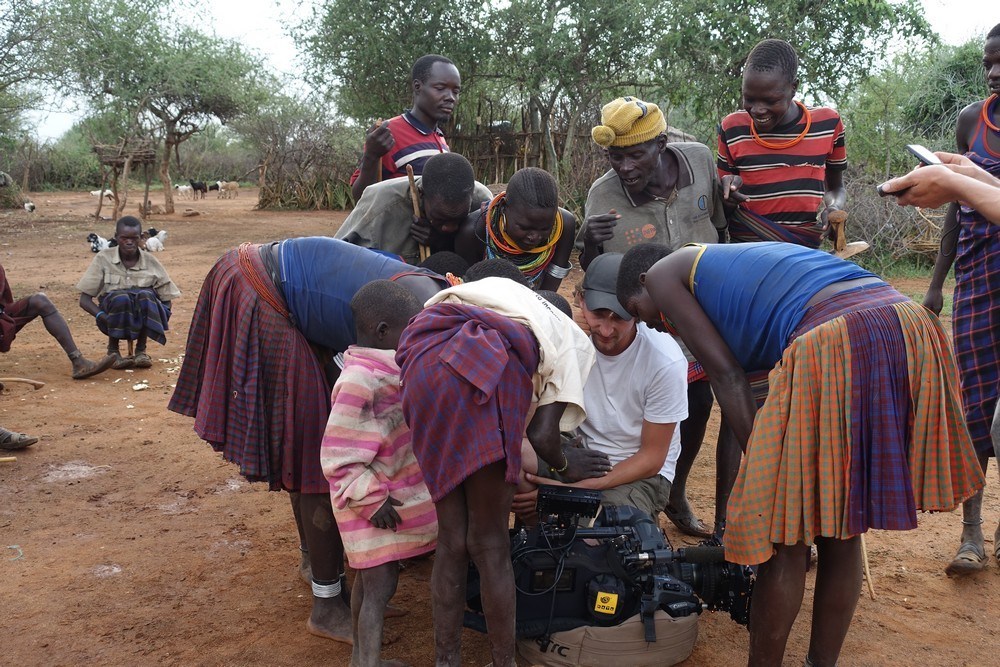 In each family there was one boy who took care of Arne, the presenter. Arne had never been in Africa before and didn’t have a clue what the daily life of a pastoralist was all about. This often led to hilarious situations, with the boys asking Isaac, the interpreter, why Arne was so clumsy. And when Arne once again hurt himself on one of the many thorn bushes, I had to run to the car for the first-aid kit and the disinfectant.

Arne thus had to learn a lot about the daily life and survival of the Karimojong-adolescents. On the other hand, in the beginning, the families didn’t quite understand what the purpose of our visit was. Many of them had never watched television, and children’s programs are almost non-existing around here. Words alone wouldn’t do the trick, so we opted for a different approach and let them experience everything, rather than just explaining it. When we gave them a microphone, we let the boys hear themselves through a headset. But it wasn’t until we showed them some recordings on the monitor of the camera, that the real emotions kicked in: “Oy takoi, oy takoi (Oh my! Oh my!)”. Many among them don’t even have a mirror, so watching yourself move on a screen was quite extraordinary. In other words: both sides experienced something that was normal for the other (television, herding animals) as being something quite special. 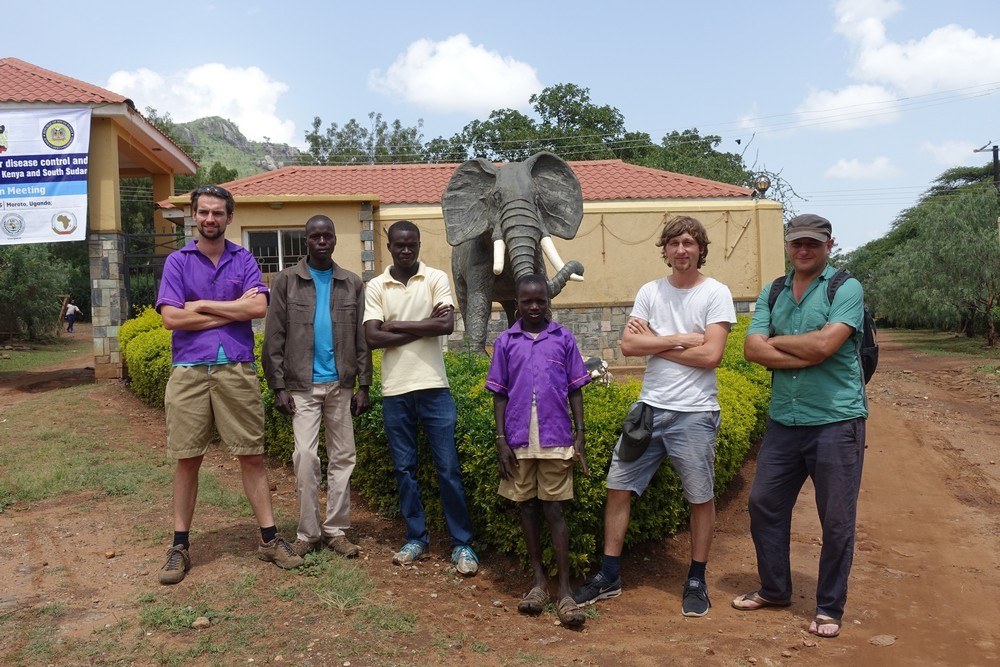 For the local boys this was quite the experience: all of a sudden they got a lot of attention, both from their families and from a gang of muzungus (white people). Sometimes they acted extra tough because of this, but at other times they shied away a bit. It brought some surprises for them as well. Lokong came with us to Moroto to shoot some scenes, for example, and we passed by the Mount Moroto hotel, which has a huge statue of an elephant at the entrance! What a shock for him, as he believed it was a real elephant!

The rain provides a pleasurable break

Most of the time the weather was tremendous, “got any more sunblock, Karolien?”, but the environment begged for a bit of rain, it had been dry for far too long. On the afternoon when the village’s elderly held a ceremony to beg for rain, a giant rain shower took us by surprise. I quickly sought for shelter in a hut with the family, as there was one spot too little in the car. These moments were moments of rest during production, when I could just enjoy the time I spent with the family. At these moments, I went back to being Nakiru (my local name, she who comes with the rain), who was happy with the rain, just like them. But when I pointed at the rainbow, being quite excited, it was explained to me that a rainbow is a bad omen: the rainbow blocks the rain. 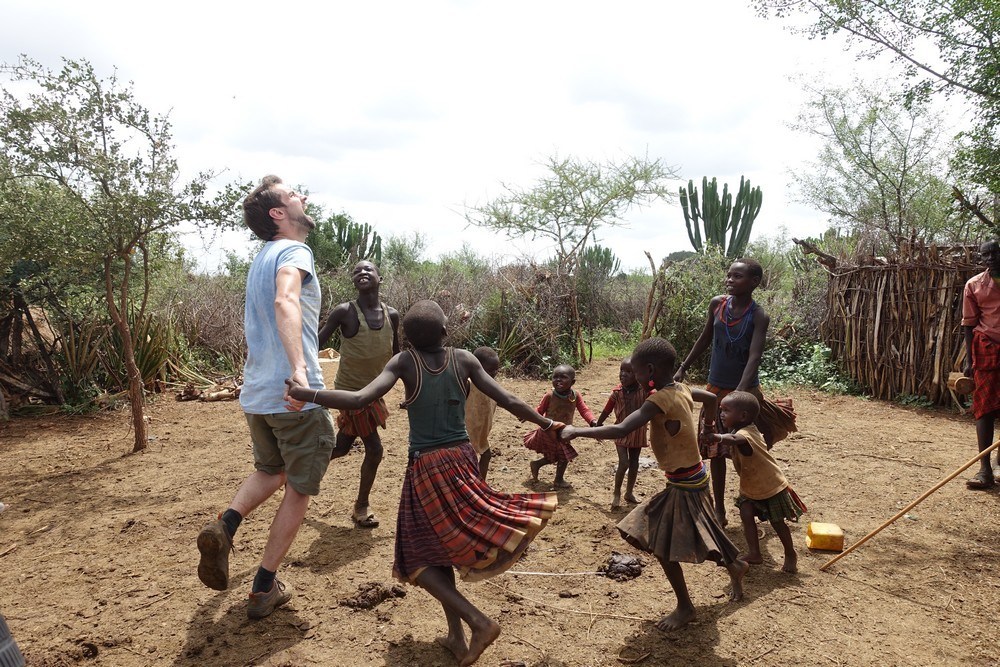 During these intimate moments in the rain, the children and I traded small game concepts. They made all kinds of figures such as rain, sun, a breeze, tallgrass and other elements from their daily lives with just a tiny string of rope. I taught them the game where you take over rope figures from someone else’s hand and as such pass on the game to someone else. The other family used the break to arrange their documents. None of them could read, and some of the documents lacked a passport picture, leaving them without a clue as to whom the document belonged to. In the meantime I enjoyed attempts from the new-born baby goats to climb into my lap, until the sun peeked through the clouds again and we could return to filming.

After 9 intense days the filmcrew left again. But this goodbye is not a farewell: in July we’ll meet again. First, I will go with them to Rwanda for a week, and then we will return to Uganda to shoot scenes for one more week. I am really looking forward to this, but I am even more looking forward to the end of the year. Because then I’ll be able to show the end result to the families.