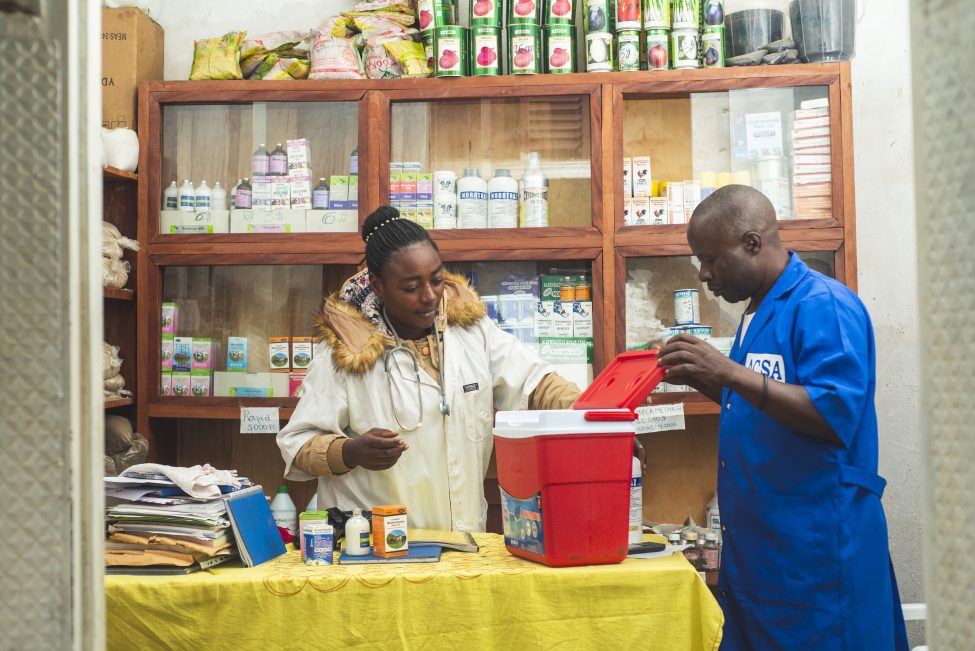 Just as they do on any other day, Charline Nabintu (aged 26) and Safi Ngomora (aged 27) are visiting the remotest villages in South Kivu. Travelling by bicycle or motorbike, their mission is to care for the livestock keepers’ herds. It is a risky job in this region shaken by insecurity.

But it is all Charline and Safi have ever known. For the past 25 years, dozens of armed groups have been on the rampage in the eastern Congo. Violence is daily fare for the population, especially the women. Thousands of them have already suffered rape, which is used as a weapon of war.

Unlike the neighbouring provinces of North Kivu and Ituri, South Kivu is not under siege, but the situation is delicate all the same. This region alone has more than 1.2 million internally displaced people and almost 80,000 refugees. Because of conflicts, recession and the ongoing effects of the pandemic, the price of food has now hit record levels. More than a million inhabitants are currently at risk from a food crisis. 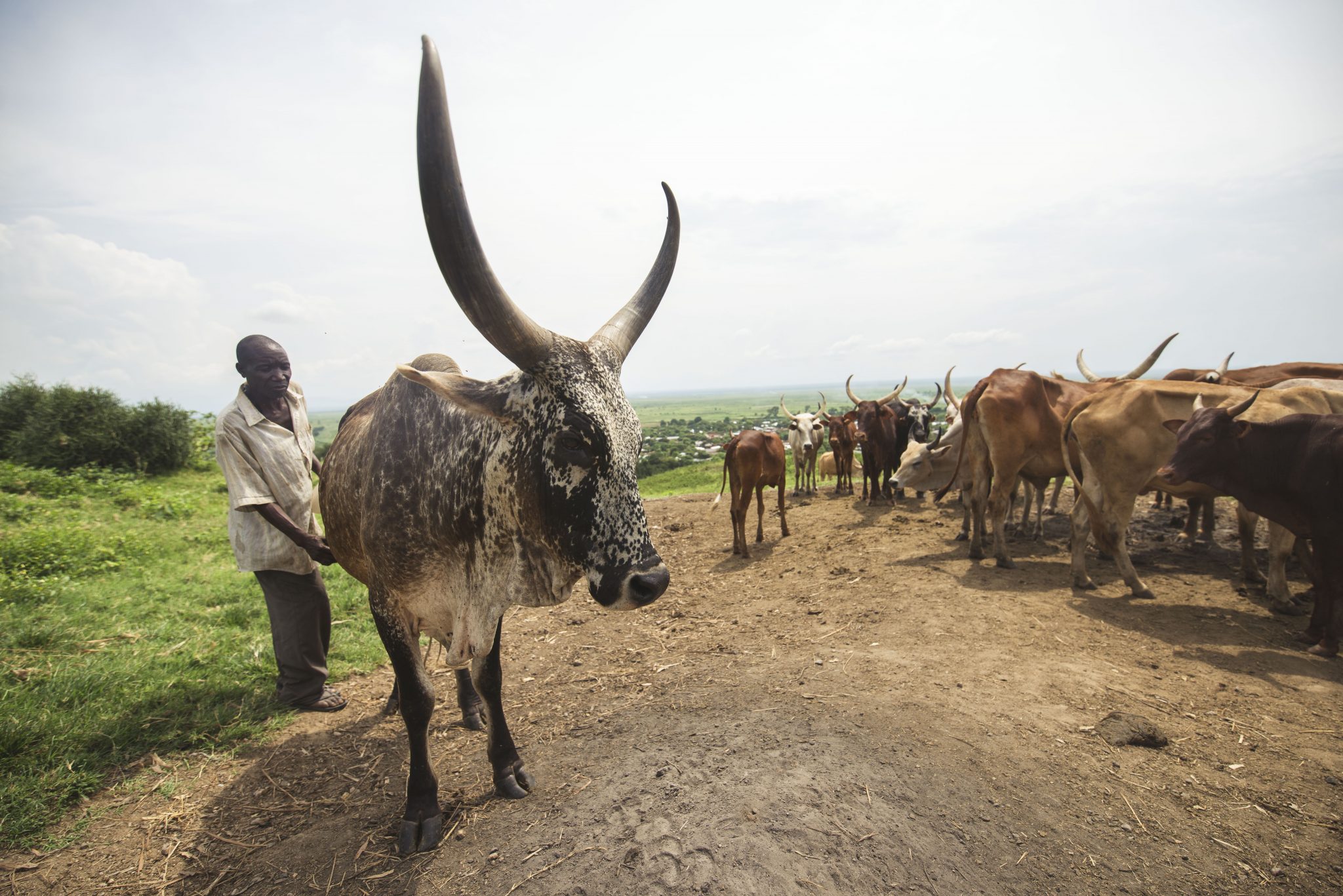 In the eastern Congo, insecurity has chased veterinary staff away and livestock keepers have had no choice but to care for their animals themselves. © ARLETTE BASHIZI

Although animals are so important to the population, the animal health system is failing, which implies a widespread risk to animal health. Confronted with this uncertainty, the poor condition of the roads and difficulties obtaining medicines, qualified animal health workers often prefer to work in more stable regions. The result is that livestock keepers in the eastern Congo are forced to care for their herds themselves.

That was how Charline and her family managed before she trained as an animal health worker: “I spent a lot of time looking after my father’s cattle”, the young woman explains, “but I had no training at all.” That situation is not without its risks, however, and the livestock keepers pay a heavy price. “Livestock keepers used to treat their animals without even knowing what was wrong with them. They sometimes used the wrong doses of medicines”, Insecurity is endangering animal health in South Kivu. Vétérinaires Sans Frontières is setting up local veterinary services there.Charline Nabintu continues. “Obviously, the animal mortality rate was very high.”

The danger is not limited to the animals though: it also directly threatens human populations. If they do not receive the right treatment, animals can transmit diseases such as tuberculosis or other zoonoses to humans. And then there are the risks associated with the inappropriate use of antibiotics, responsible for 3,500 deaths per day around the world. 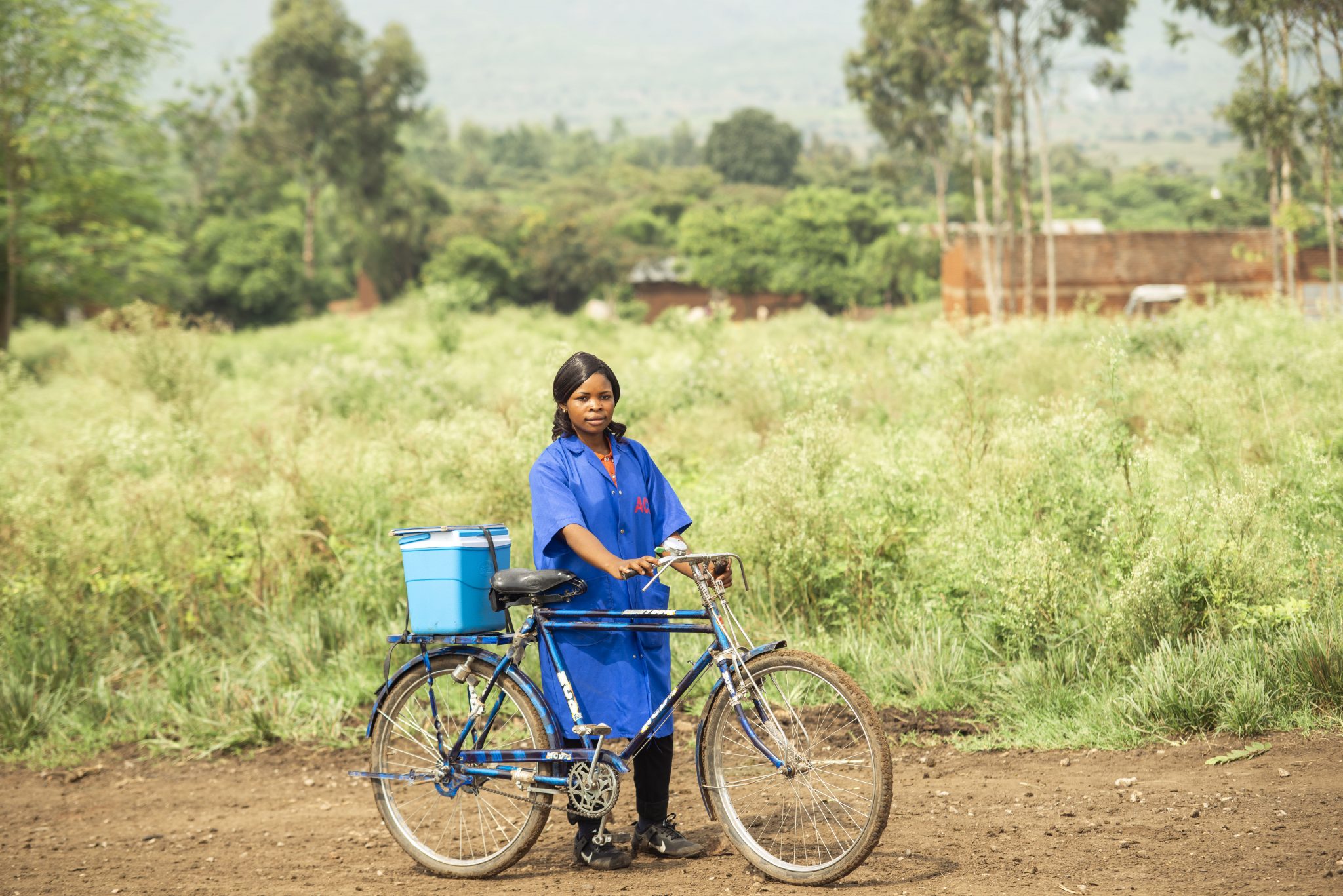 Charline Nabintu is part of the animal health network set up by VSF Belgium in South Kivu. © ARLETTE BASHIZI

At present, Charline Nabintu finds herself fighting these problems on a daily basis, as does Dr Ngomora. Both women benefited from our support in setting up private, locally based veterinary services. These services form a network of no fewer than 290 community animal health workers in South Kivu and Tanganyika, supervised by 22 vets. The network is growing fast: this year, we intend to strengthen the services it offers by training an impressive 100 new agents around Kahuzi Biega National Park. This is an unexpected bonus for livestock keepers in South Kivu, where employment opportunities are rare.

It has been more than two years since Charline was chosen by her village to benefit from the training. Then she received a bicycle, a sprayer and medicines to get her business going. She wasn’t the only one to benefit from this opportunity: “Since Vétérinaires Sans Frontières Belgium has been working in livestock keeping here in Luvungi, I have noticed a real, positive change. When livestock keepers have a problem with their herds, they call us, and we can provide appropriate treatment thanks to our training. If we are faced with a case we can’t deal with, we call the private vet, who takes over. The livestock mortality rate is now less than it was in previous years.”

A hundred kilometres away, near Katana, Dr Safi Ngomora is witnessing similar progress in the area she supervises: “I have seen a net improvement following the training organised by Vétérinaires Sans Frontières Belgium, which has benefited the livestock keepers and community animal health workers. Nowadays most livestock keepers have become aware that they have everything to gain by taking good care of their animals.”

Make a donation to help us develop our animal health network and guarantee better livestock care in this troubled region.

Find out about the activities and impact of the local private veterinary services set up by our teams in the DR Congo: download our information sheet.